Medical assisting job growth: what you need to know

For aspiring medical assistants interested in keeping up with the trend, there are a few statistics to be aware of:

First, the Bureau of Labor Statistics (BLS) - which is a U.S. government agency that reports on employment and labor statistics- reports that employment of medical assistants is expected to increase 23 percent from 2014 to 2024. The BLS calculates that the average growth of all jobs in all fields is seven percent - so medical assisting is seeing some huge growth. 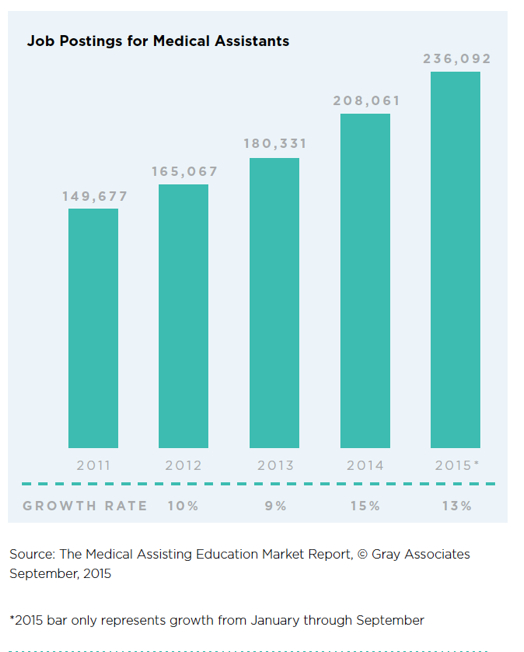 Some employers report that they’re experiencing medical assistant shortages, too - for as many job openings as they have for medical assistants, they’re not finding enough MAs to fill the roles.

Because of the increase in people who are insured due to the Affordable Care Act, there’s a lot more demand for MAs across the entire healthcare spectrum. And because of the evolution of the medical assistant’s role - MAs now enjoy a much bigger variety of roles and responsibilities than ever before -  it’s never been a better time to become a medical assistant.

To read more about the changing landscape of medical assisting and get an employer’s perspective, download your copy of NHA’s 2017 allied health publication, access™, and read The Role of Medical Assistants: Growth, Opportunity and Change.